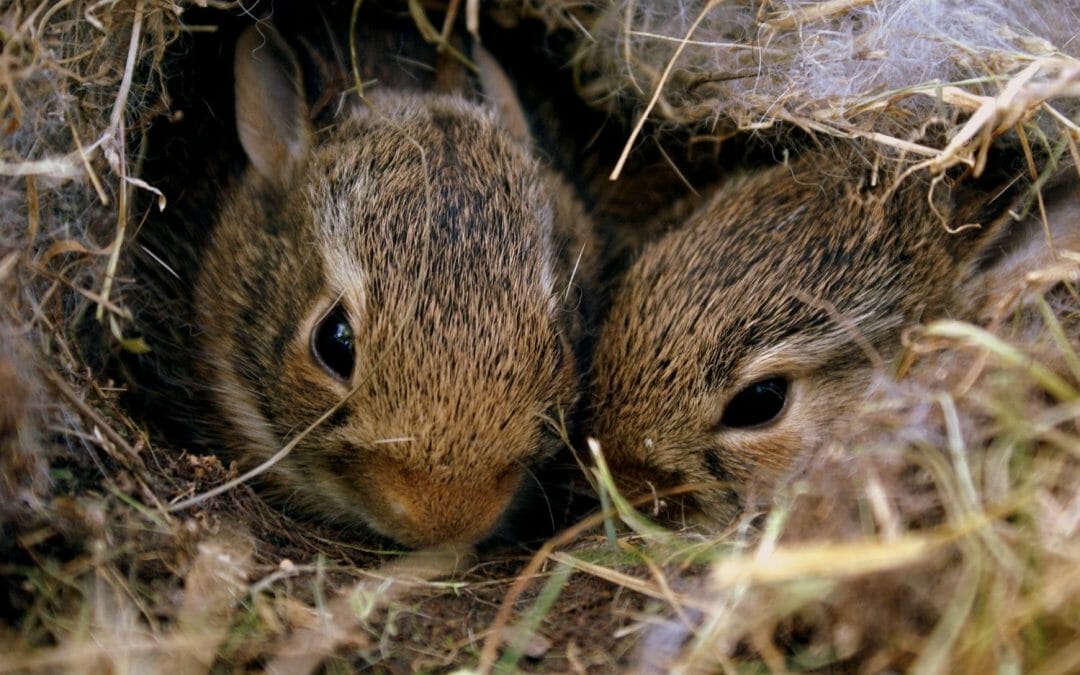 There goes the phone again, I thought—hmm, caller I.D. says it’s the Dodge dealership in Folsom. I wonder if my husband is making a surprise purchase? I do have a birthday coming up soon. As soon as I answer the phone, my hopes are dashed when the caller asks if this is Sierra Wildlife Rescue for rabbits. One of the service maintenance representatives tells me they have two older rabbits at the dealership.

Apparently, an adult and juvenile cottontail had gotten up into the engine compartment of a car before the owner drove to the dealership for service. The service technician got quite a surprise when he opened up the hood and found two equally-surprised rabbits staring up at him. Luckily, the two rabbits were frozen with fear and didn’t take off in the service area, which would have made for quite a chase!

The technicians were very helpful and were able to get the rabbits in a box, and put them in a quiet place. My husband (who apparently wasn’t buying me a new car for my birthday) and I made a quick trip down the hill to pick them up. After getting them home, we gave them some medication for shock and then some quiet time to recover a little. After examining the rabbits (now named Dodger and Dakota), we were amazed at the lack of injuries after their ride in the engine. The adult only had a small abrasion and some singed fur on her nose, and the juvenile had an irritated left eye.

They were both dehydrated and, since they weren’t drinking out of a dish or taking any water from a syringe, we gave them fluids by injection. We also applied ointment to the nose abrasion and eye drops to the eye irritation. The next morning the rabbits were still pretty scared, but they had eaten a lot of wild grasses and their hydration was much better. We continued with the medications for a few more days. They became much spookier and harder to handle, which our animals usually are when feeling better.

Now the only issue was the weather. We had been unable to get any information on the car owner’s address, so we couldn’t take them back to their original area, and we were getting a lot of storms coming in. I didn’t want to release the rabbits in the rain in a new location. Fortunately, the weather cleared up in a few more days, so off we went to release them. Hopefully, this would be the last car ride for Dodger and Dakota! The release site has other cottontail and brush rabbits around, and a year-round pond, so it will be a great new home for them. After a couple of minutes of looking around and getting their bearings, they both took off into some brush. As they were leaving, I gave them my little Release Day blessing, “Be safe, be strong and live long,” with an extra warning to stay away from cars in the future!