As neighborhoods continue to encroach into the beautiful environment around us, natural wildlife habitats are disrupted by human activities.

Sierra Wildlife Rescue, a 501(c)(3) non-profit organization, is dedicated to the mission of preserving El Dorado County’s wildlife through public education and by rehabilitating and releasing injured and orphaned native animal species. 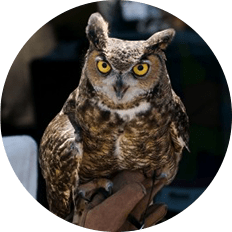 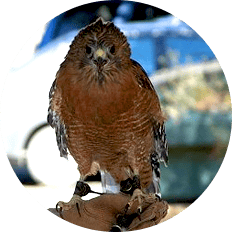 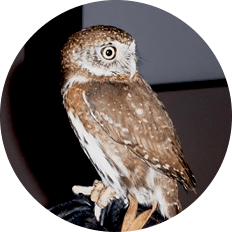 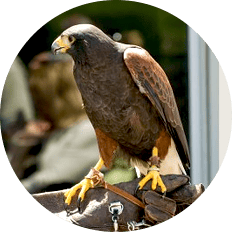 Lionel was received by SWR for rehab in October, 2006. He was found injured near some railroad tracks, so the rehabber named him after the iconic Lionel toy train sets that kids used to play with. Lionel had a droopy left wing and, although not broken, it never healed correctly. We assume he is a male, because he currently weighs around 950 grams, being much smaller than a female, who can weigh up to 1600 grams. He is given four mice a night and may eat them all or just one.

Lionel has an extremely mellow personality, and allows handler Judy Monestier to show his many characteristics, such as the nictating eye and the little tufts (“horns”) on his head, without becoming upset. Because of this, and also his beauty and size, he makes a great education ambassador for his species.

Owls are relatively sedentary by nature, even in their hunting techniques, so Lionel has adapted well to living in a captive environment. Great horned owls are found all over the United States, and their distinctive nocturnal call of ho-ho hoo-hoo-hoo is commonly heard. They are sometimes called the “Coyotes of the Bird World” because, like coyotes, they are extremely opportunistic hunters and have adapted well to living with man.

Big Spender came into rehab in July, 2008. Her right wing drooped but was not broken, and she went into education training after it was ascertained she would never be able to fly, due to probable damage to the soft tissue or coracoid process (a small bone that helps to stabilize the shoulder joint). Her handler, Judy Monestier, named her after the song from the musical “Sweet Charity” because she is such a regal looking bird, with a beautiful crest that she raises when excited. We are confident that she is female- she actually laid an egg in 2012!

She contracted a fungal infection, aspergillosis, in the spring of 2012, as was treated by our supporting avian vet, Dr. Jeanne Smith, for three months. She has recovered completely, with the exception of having an insatiable appetite, so is currently on a diet. She eats three mice a night; in the wild, she would forage on small mammals, snakes, lizards, small birds, frogs and insects.

Big Spender is a somewhat aggressive bird but, when handled regularly, she seems to enjoy being taken out to presentations. She is very attentive to all that goes on around her, and very vocal, carrying on daily conversations with the resident red-shouldered hawks on Judy’s property. We are pleased that they were friendly enough to build a nest right over her cage, so she has some companionship.

Northern pygmy owls are the smallest owl in California, and Dusty came to us in 2011. She was found by a hiker on the ground with a sibling, near a fire. The owlets were covered with soot and ash, but examination revealed no broken wings or leg bones, and her sibling was cleaned up and released back into the wild. However, Dusty was unable to attain height and sustain flight for long distances. She also will not eat live rodents, which would be critical for her to survive in the wild. We think she might have been on the ground for two or three days, living on insects, when she was found.

We believe, based on her weight, that Dusty is a female, at around 79 grams; males are smaller, at about 69 grams. Small as she is, she is a fierce little owl! It would have taken a brave cat or fox to attack her, even though she was very young when she fell! We feed Dusty two to four small mice a day, and sometimes live insects that she can chase in her cage. Dusty lives in a “mews,” an enclosure 6 x 8 x 8 feet, and has several perches to choose from, including branches, blocks and stumps. The mews is large enough for her to fly around and chase a beetle, without injury, and gives her the exercise she needs. Pygmy owls are diurnal and hunt most of the day, from dawn to dusk.

Being so small and cute, Dusty is a favorite at our presentations, particularly with children, but she is still feisty and still learning how to be an “Education Ambassador.” No one is allowed to pet any of our education birds, and we ask people to stand well back when viewing them, since they are still wild creatures at heart and unpredictable.

SWR received Zag in December, 2003. He had been in training by a falconer and, while pursuing a rabbit near an unoccupied warehouse facility, landed on a fence surrounding the building and containing two guard dogs. The dogs rushed the fence, startling Zag, and he attempted to fly to what he perceived as a higher perch on the side of the building which, unfortunately, was nothing more than a line painted on the wall. Hitting the wall, Zag fell to the ground and one of the dogs was able to catch him. While the falconer distracted the dogs, another person jumped the fence and retrieved Zag.

Zag received emergency treatment at the Bird and Pet Clinic of Roseville and, in March, was transferred to the California Foundation for Birds of Prey, where he was treated for severe injuries, which included fractures of his right wing and leg, and injured liver and lung contusions. Zag was treated for several months and underwent multiple surgeries for his injuries, which all healed except for the right wing, part of which had to be amputated. Following that, he was transferred to his current handler, Marty Owen, for further rehab of the leg and final recovery.

Although a fairly large bird, Zag is gentle and tractable, and one of our most reliable education birds for presentations. 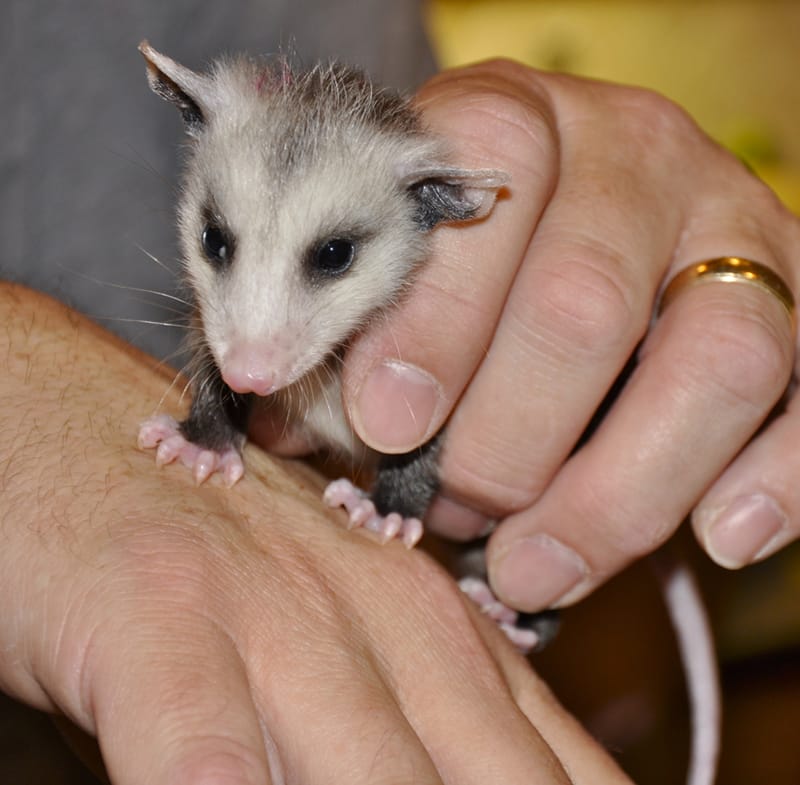 From education to direct animal care, and fundraising, to helping with our events and administration, our all-volunteer organization succeeds because of people like you who give of their time, skills and passion to help protect our wildlife.

Through your tax-deductible donations, or by purchasing an individual or family membership, your contributions make it possible to continue the vital work that Sierra Wildlife Rescue does. 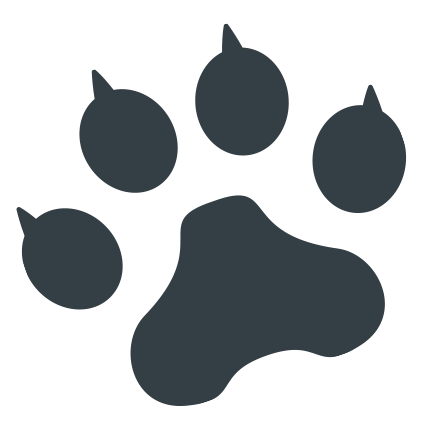 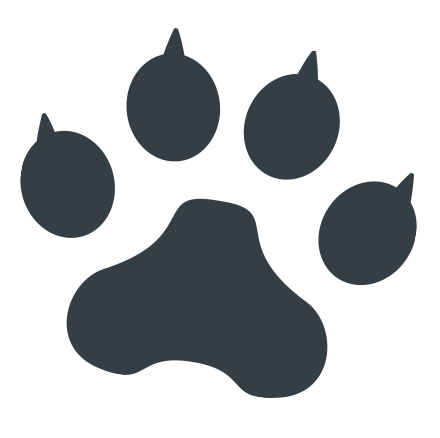